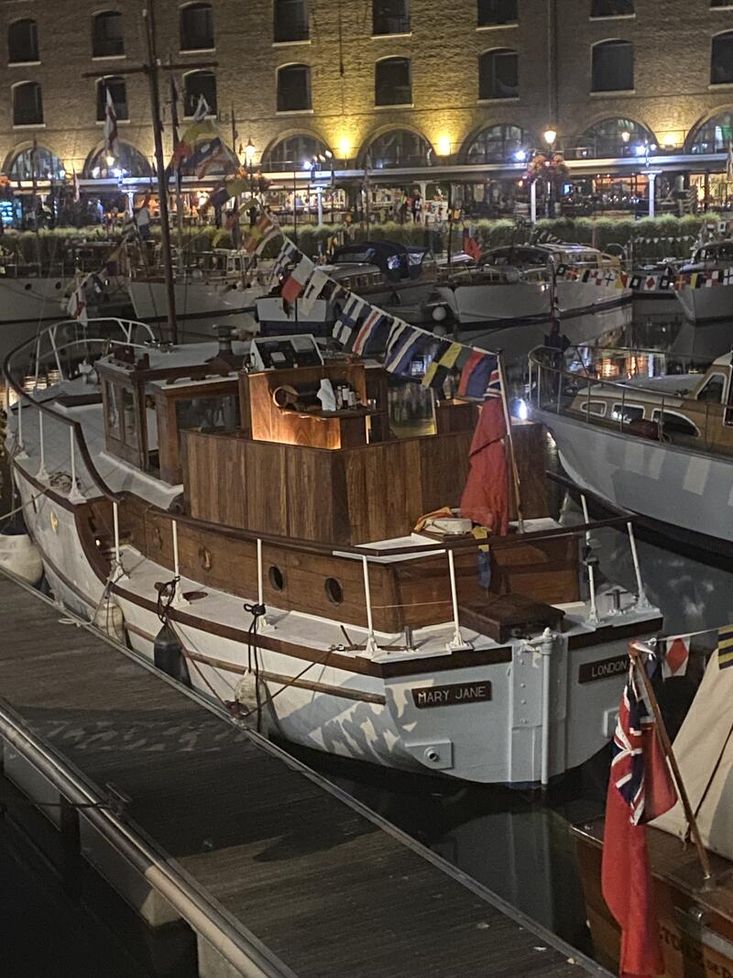 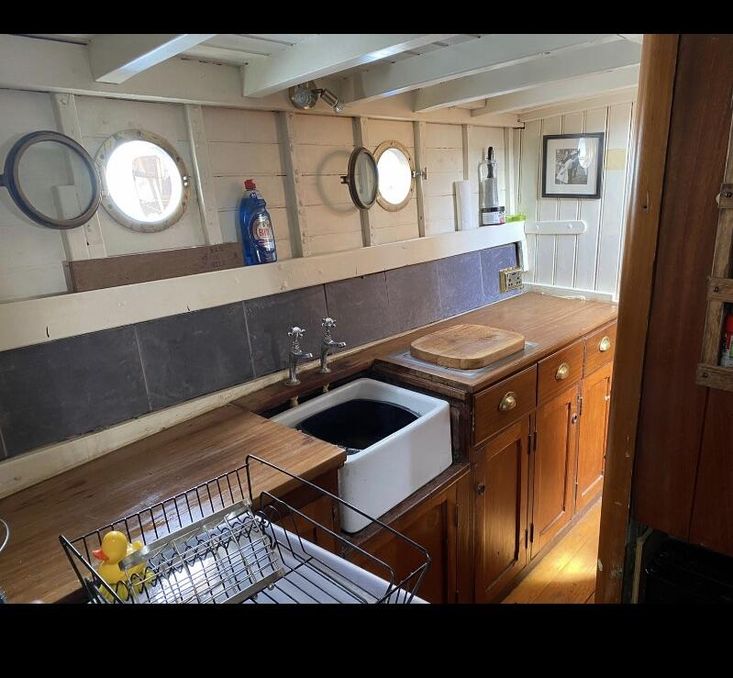 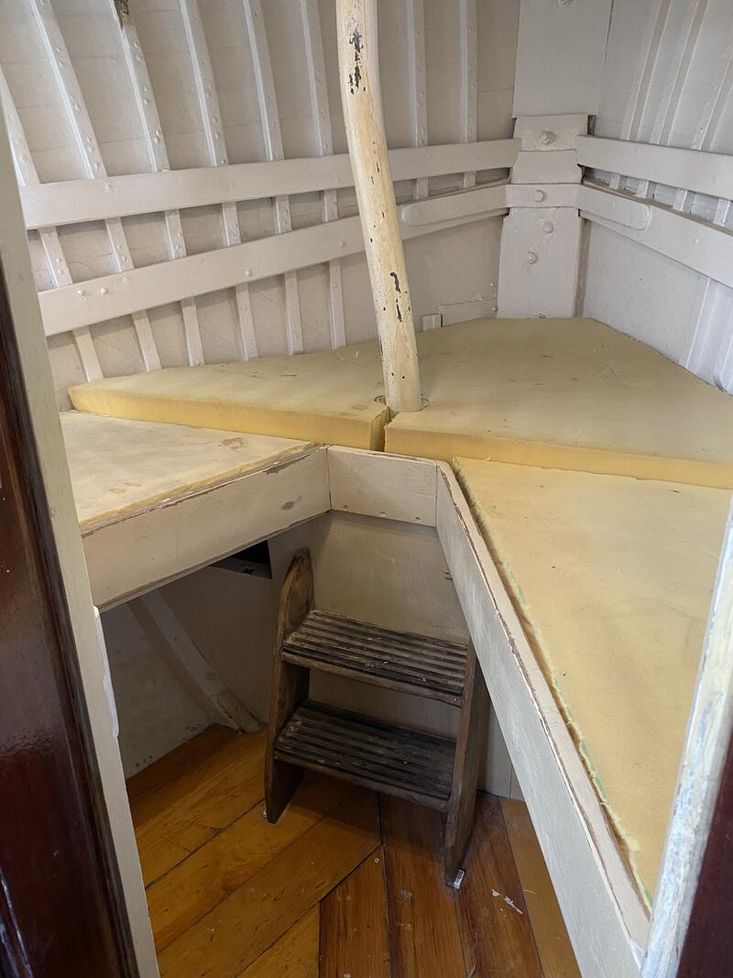 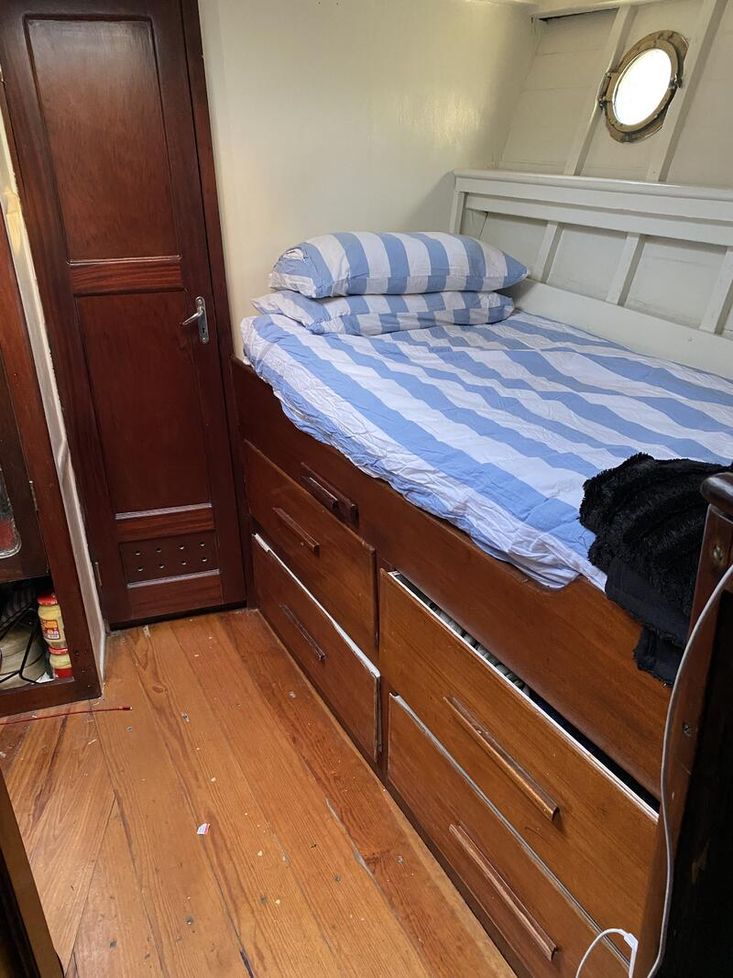 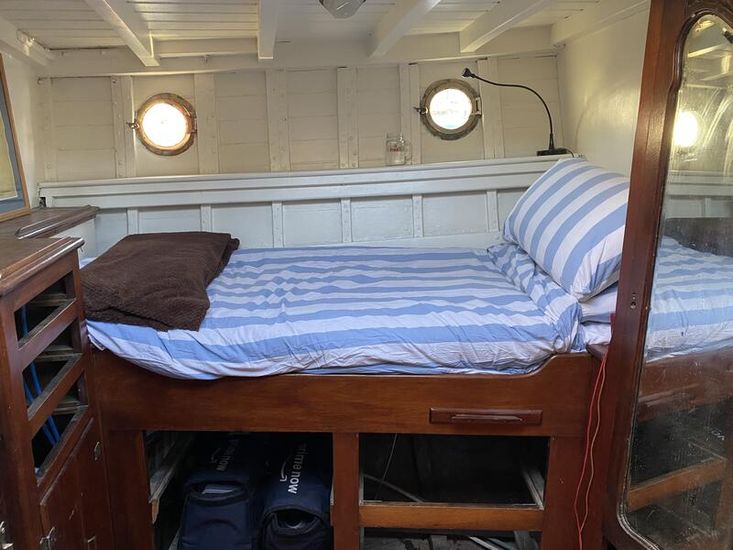 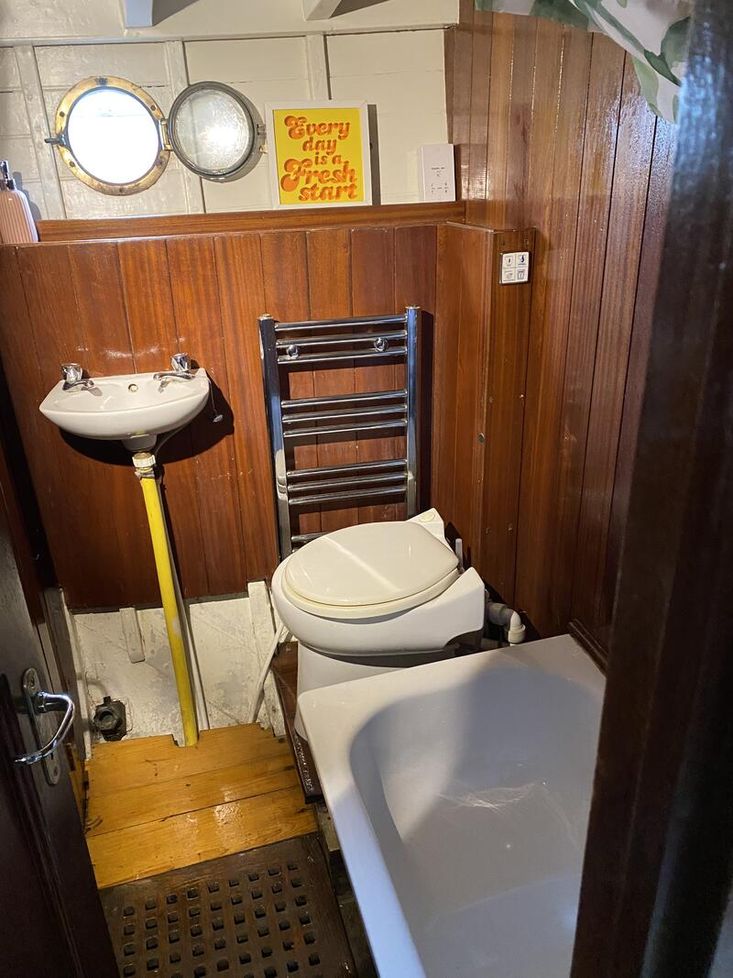 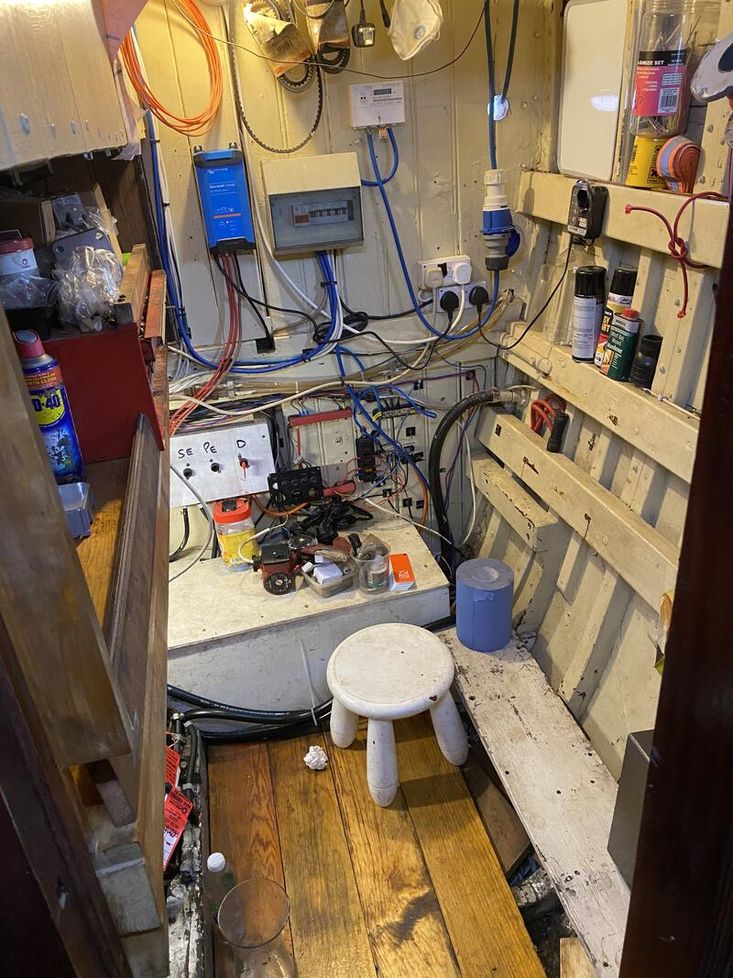 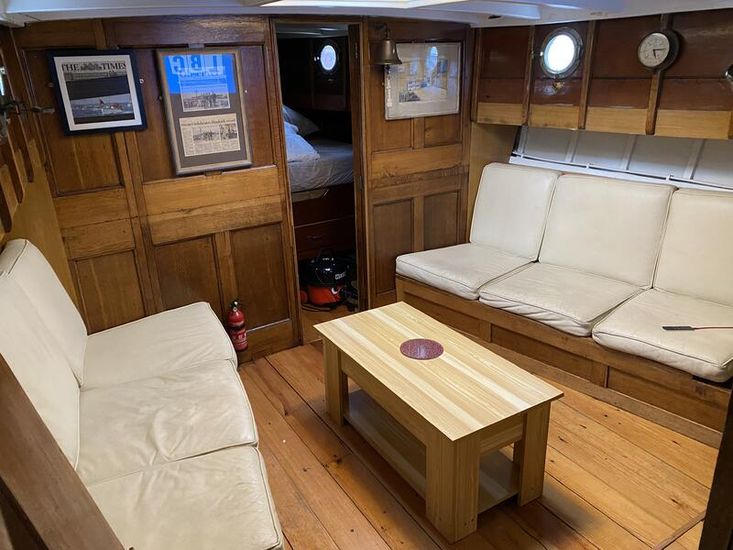 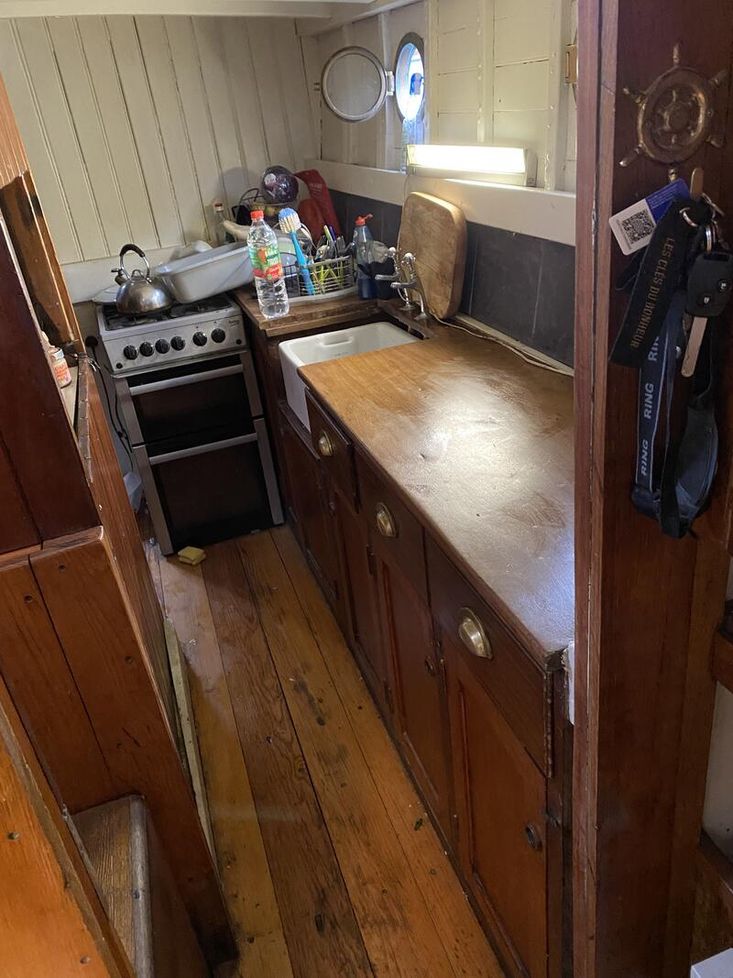 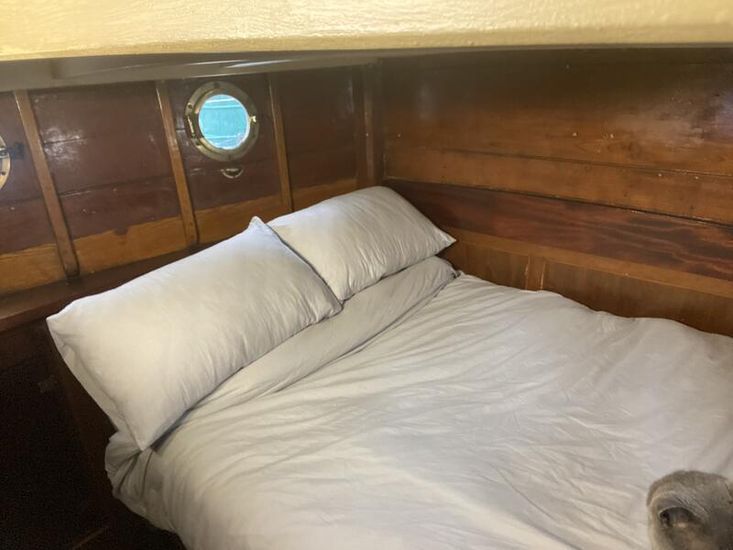 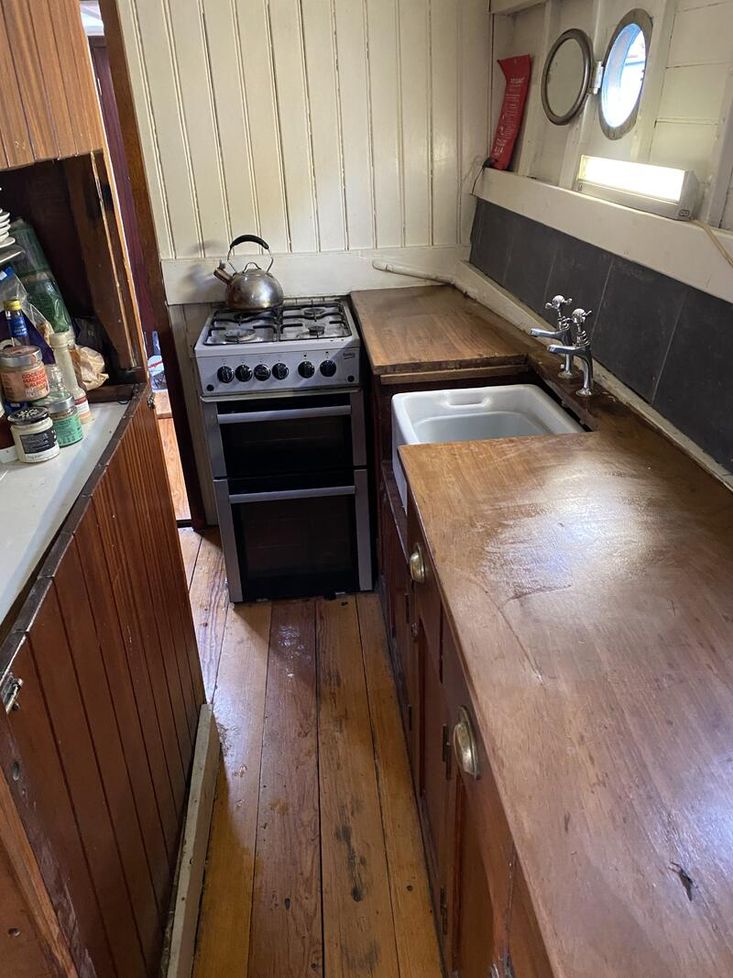 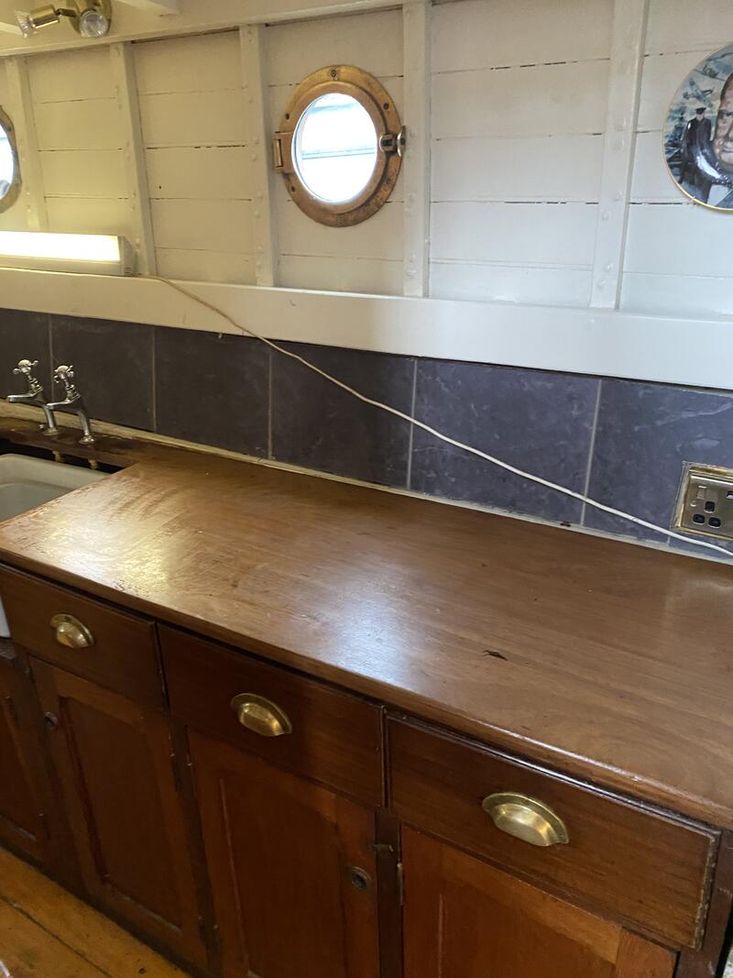 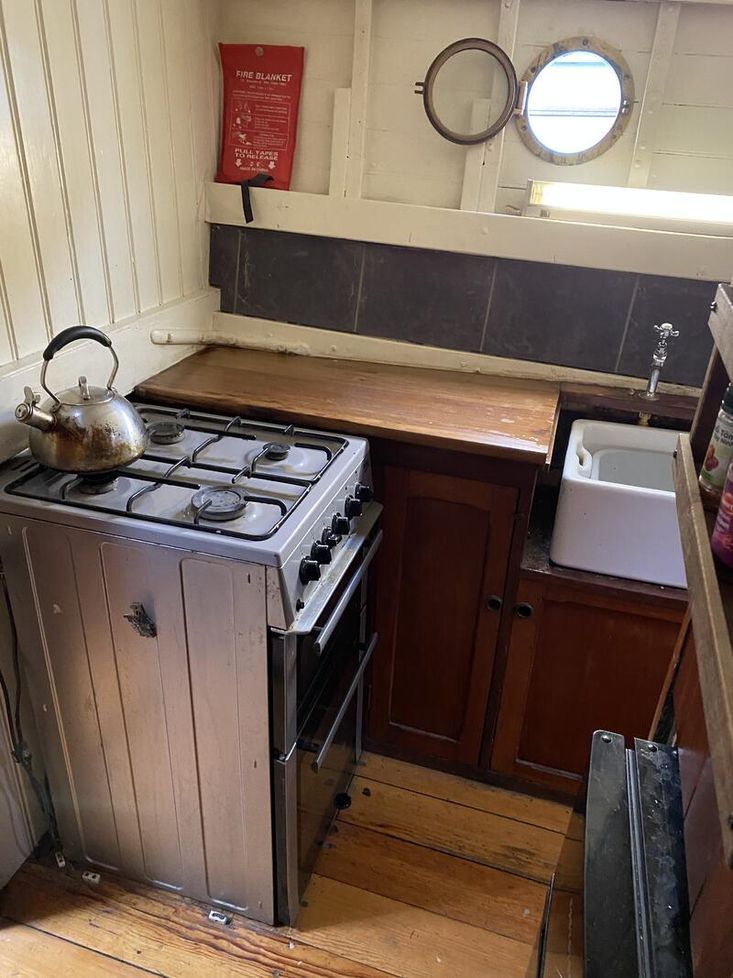 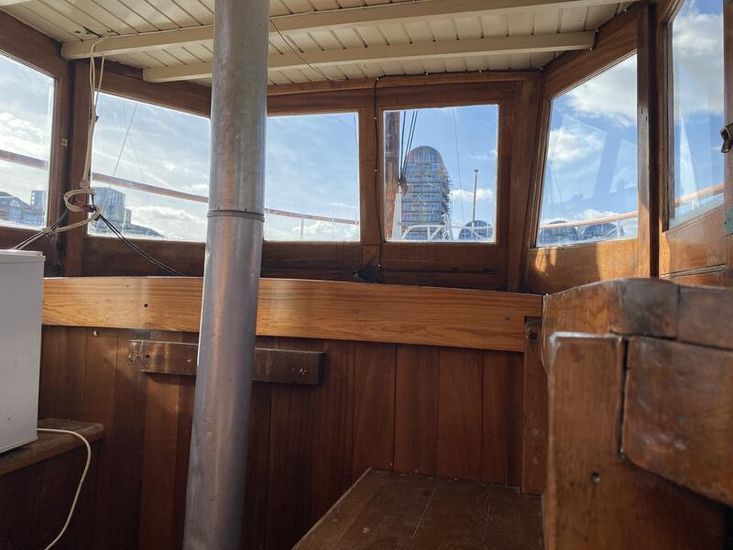 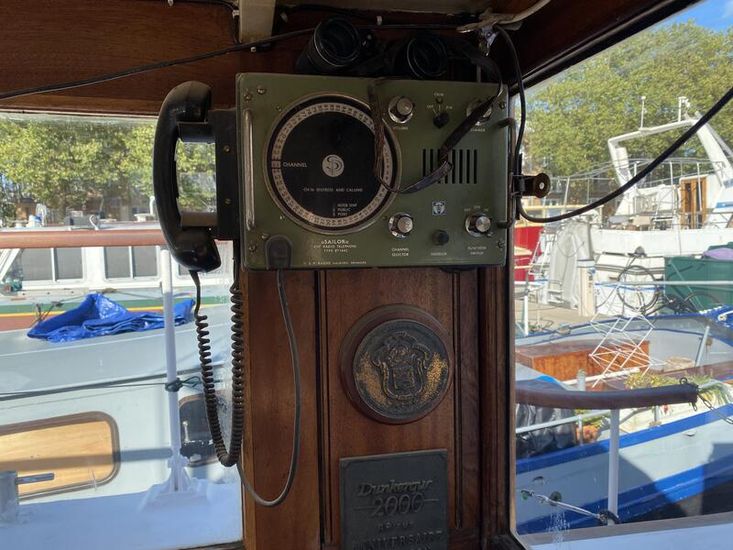 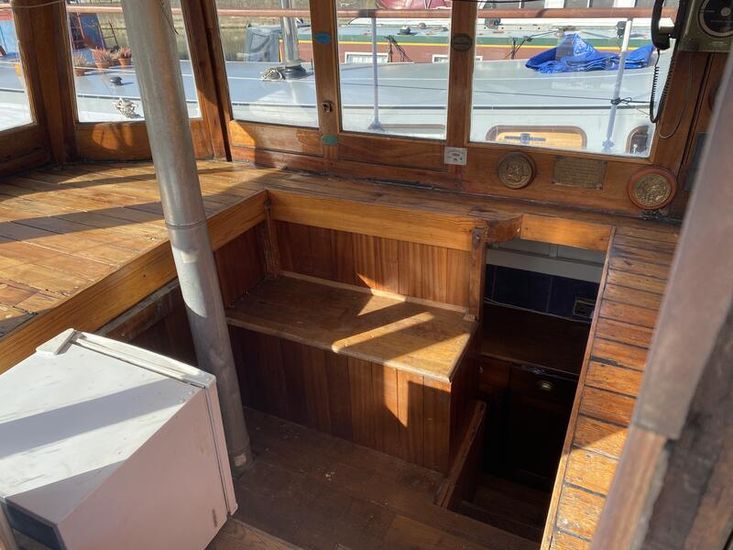 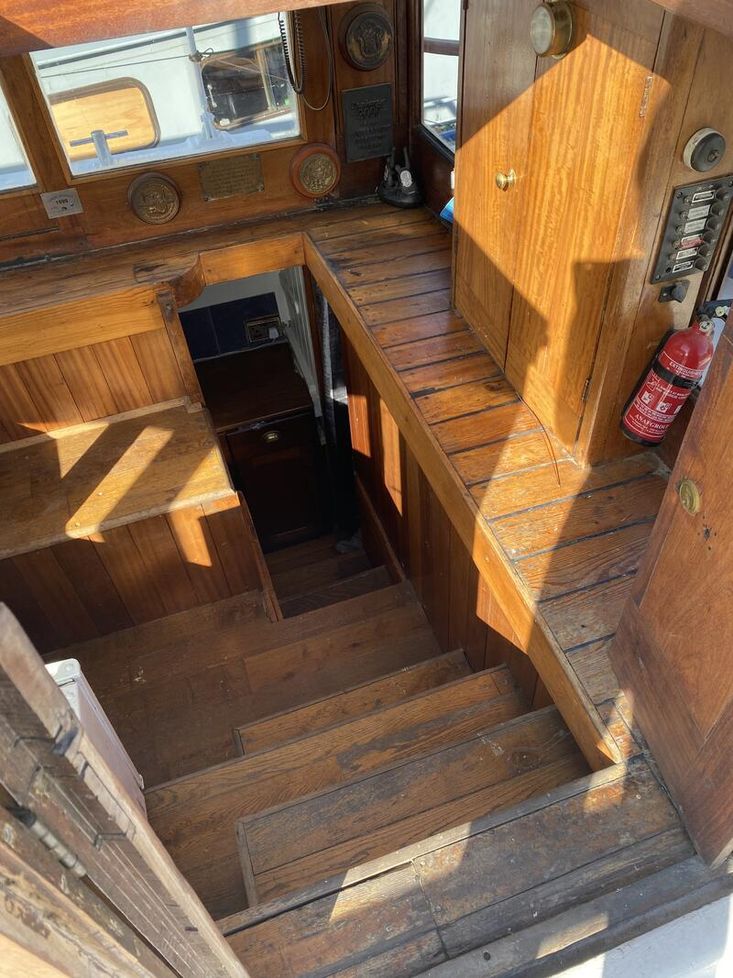 History and overview - Words from the current owner

Mary Jane was built in 1926 and as an Admiral Pinnace, ferrying the admiral back and forth to the naval ship

In 1936, Colonel Richardson and his wife Phyllis, a highly competent sailor (which was rare of a female), converted her into a live aboard Gentleman’s Cruiser. They were well revered aristocrats, regularly sailing with the Duke of Edinburgh and Uffa Fox around The Isle of Wight.

Uffa Fox was a celebrated boat builder, who actually designed and built another of The Richardsons boats, the sailing vessel ‘Sea Swallow’. Uffa was a distinguished writer of that time; the book ‘Thoughts on yachts and yachting’, published in 1938, features describing Mary Jane as ‘the cosiest live aboard he has ever slept upon’. Additionally, he included pictures and content, detailing how she was constructed at that time. The grandparents of The Richardsons visited Mary Jane, gifting an original copy of this book with a personal dedication, plus a painting of the saloon by Phylios Richardson from 1938.

It is documented that Mary Jane went to Dunkirk and played a role in the Dunkirk evacuation. It was an incredibly hectic operation, making it difficult to accurately record the participation of the 100’s of ships that played a part. It is to our understanding that she was used to come close to the beaches and ferry soldiers to the larger ships. The reason the participation of the Little Ships was so crucial was that they had smaller drafts and could get closer to the shore than the larger vessels.

This sale comes with a mass of historic documentation. A (nearly) complete list of previous owners, surveys and proofs of ownership. The Uffa Fox book and painting discussed must also stay with Mary Jane; they have found their way back to her and that should not change.

During the Second World War she took part in the Dunkirk evacuations and in 2010 took part in the 70th anniversary of Operation Dynamo.and more recently took part in the Queen's Diamond Jubilee Pageant.
hen you own one of these special ships , you have the option to become a part of The Association of Dunkirk Little Ships.

The ADLS have a calendar of events that boat owners and their guests are invited to. It is a truly exciting community to be a part of. The Dunkirk ships as a fleet is truly a sight to see.

The same weekend Mary Jane was invited to France for the Chris Nolan movie ‘Dunkirk’, she additionally joined the celebrations for The Queen’s Jubilee along with other proud Little Ship owners.

The prestige and pride in owning one of these fine vessels is unrivalled. The new Commodore of the association, David Muirr, is a top chap and also previously owned Mary Jane. His efforts made an incalculable difference to the state of Mary Jane today; he is a useful source of information and support!

Whomever is lucky enough to be her next guardian will have the opportunity to join the ‘Most exclusive yacht club in the world’!

Every 5 years the treasured Dunkirk Ships are invited to return to Dunkirk. Heading over in convoy, every support is offered. From war planes flying overhead to vast Destroyers, all supporting their precious historical fleet across the channel.

I personally took Mary Jane to Dunkirk in 2015; she was on the front page of The Times and featured on both the ITV and the BBC news. It was an incredible experience that cannot be brought – until now!


Dunkirk the movie!
Mary Jane was one of the few vessels that made the crossing and featured in the Hollywood movie Dunkirk. It was so much fun filming at sea and being at the Premier. MJ features in the credits and is seen on screen on multiple occasions.

Boats for sale
by continent

Boats for sale
by country